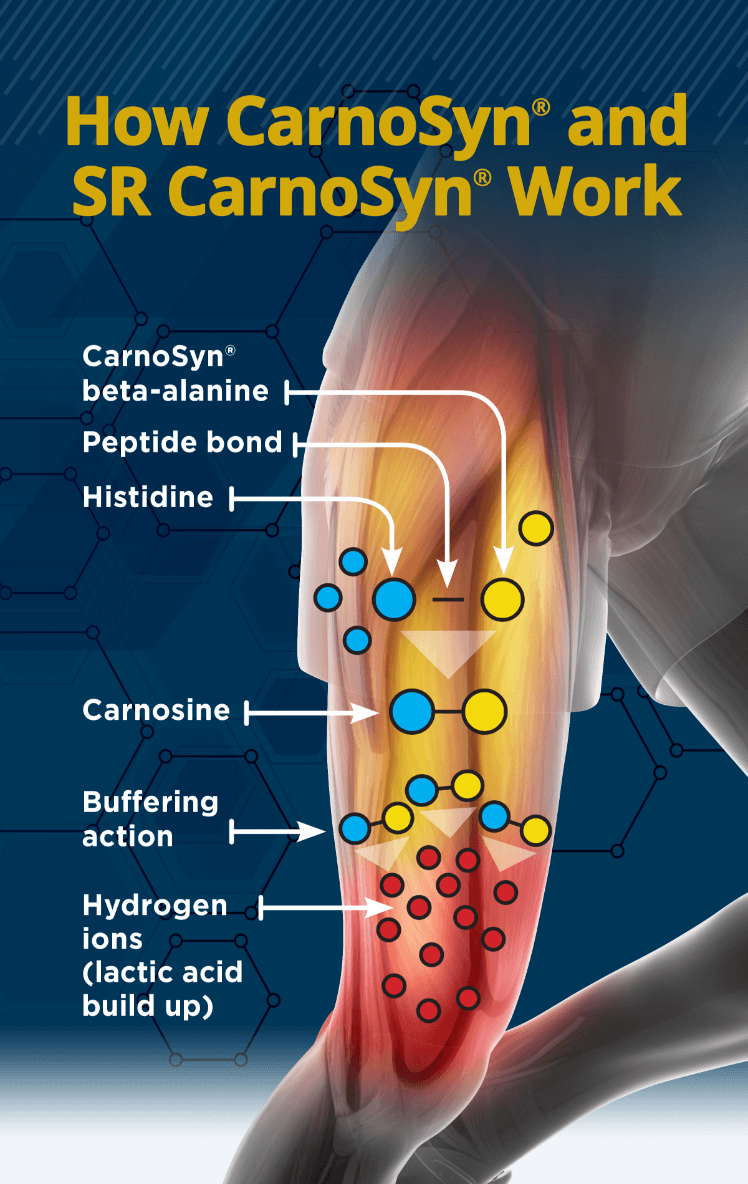 Beta-alanine is a non-essential amino acid that’s naturally produced in the body, and also found in foods such as certain meat and fish. It combines with the amino acid histidine to form the dipeptide called carnosine. Over time, carnosine acts as a buffer to help delay the onset of lactic acid and muscle fatigue and failure, while building endurance and improving recovery. The body’s natural production and most diets, however, do not have enough beta-alanine needed to improve athletic performance. Supplementation with CarnoSyn® beta-alanine at the right dosages has been shown by more than 55 independent scientific studies to boost athletic performance.

Although there are generic imposters promising to offer the same benefits as CarnoSyn® beta-alanine, they don’t
have the evidence to back up their claims—and they don’t disclose what’s actually in their ingredient.

SCIENTIFICALLY PROVEN TO BE EFFECTIVE

CarnoSyn® is the only beta-alanine that has been scientifically proven to be effective in boosting athletic performance in everyone from soccer players to weightlifters to track and field athletes.

ONLY THE HIGHEST QUALITY INGREDIENTS 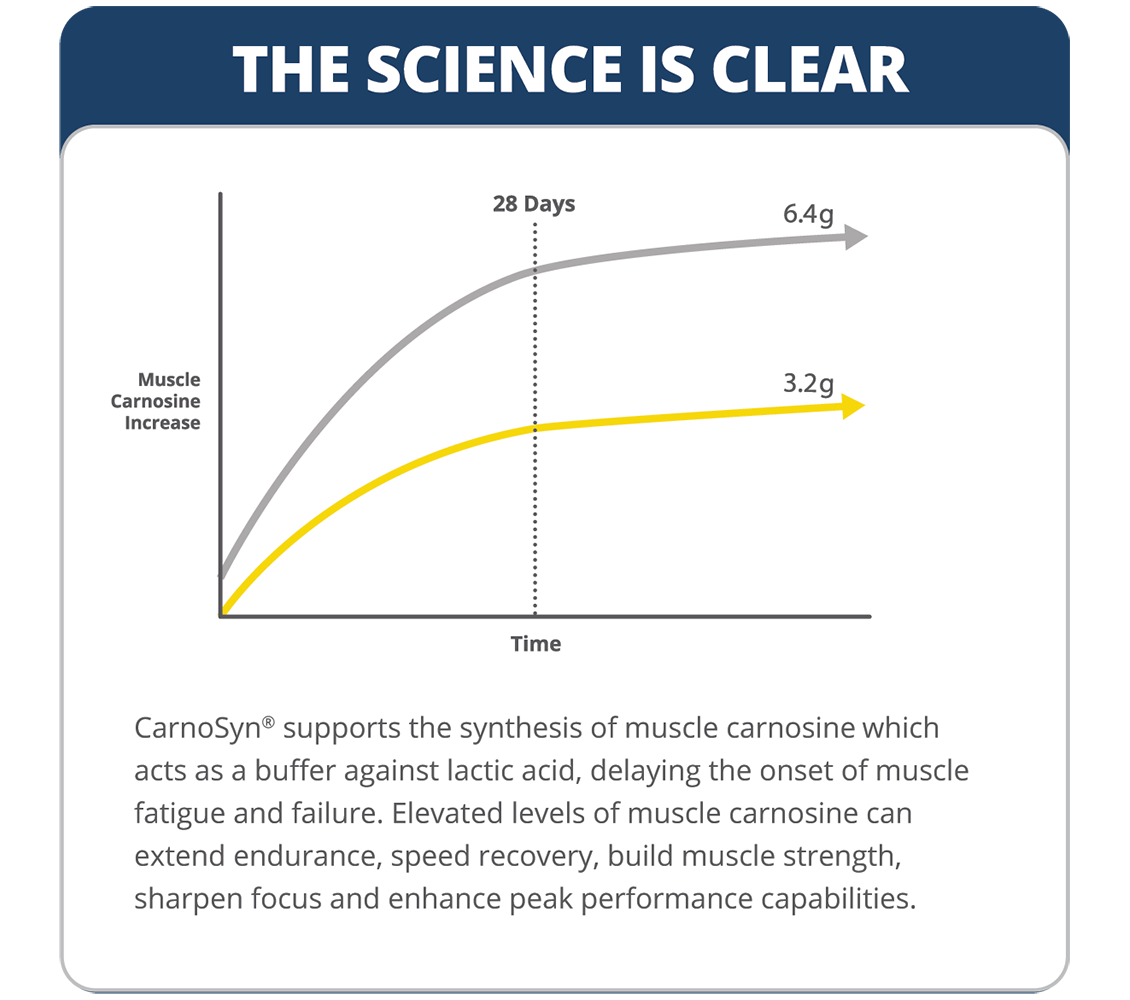 In more than 55 scientific studies, 15 of which have been published in peer-reviewed journals, CarnoSyn® was shown to boost athletic performance. These studies have led to 16 patents globally.

What You Should Know About Beta-alanine